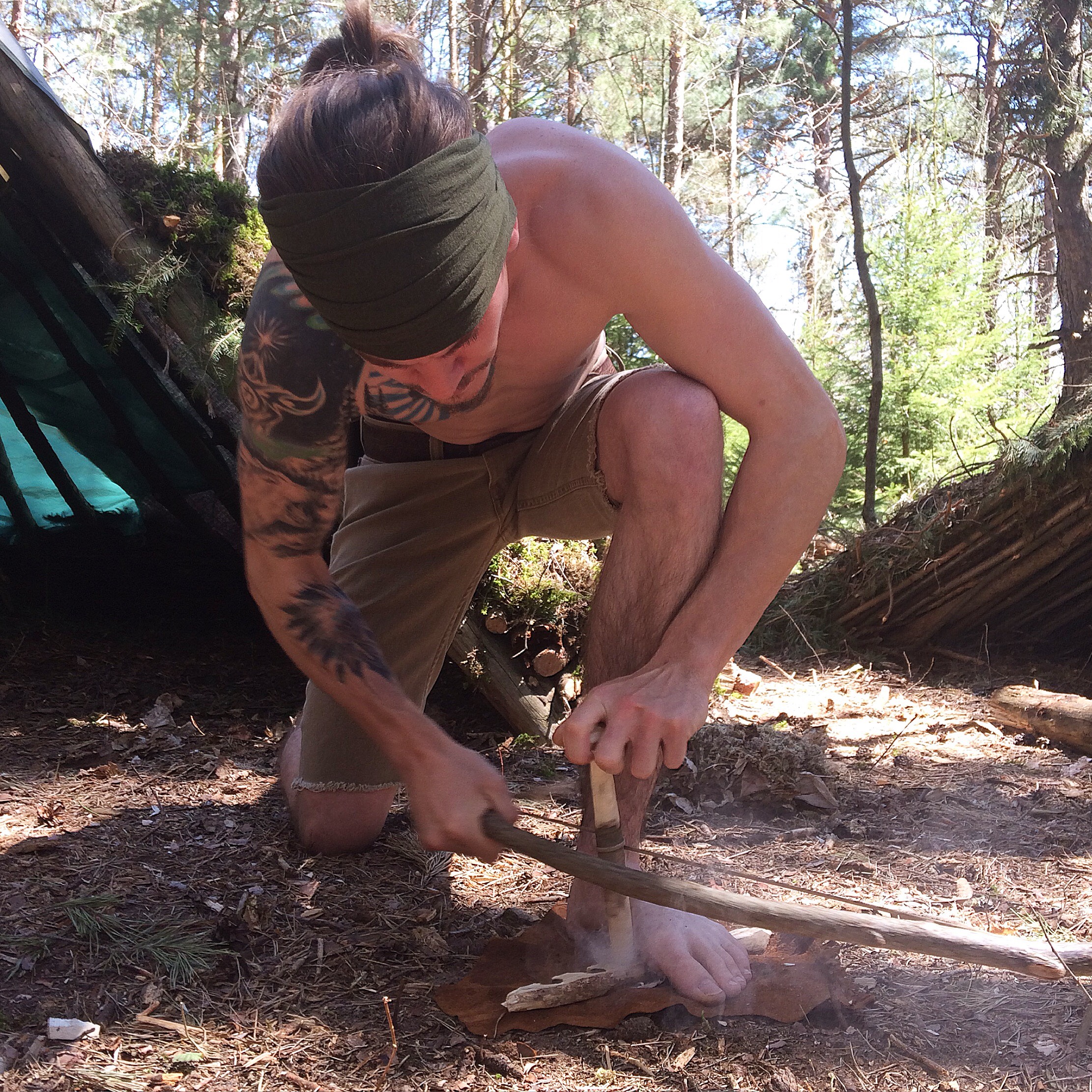 Zach was raised in Caledon, Ontario, with an innate passion for the outdoors. At an early age, he began honing his skills in the art of Bushcraft and sustainable wilderness living. Endless hours of dirt time gave him the capability and tenacity to immerse himself in uncomfortable situations with the belief that going through such ordeals would not only better his skillset in the wilderness, but with navigating the stresses of a modern world.

As a young adult, Zach started to indulge in long term, solo wilderness living in Northern Ontario’s Boreal Forest. While living off the land, Zach has worked diligently to create and build a deeper understanding of primitive skills such as shelter construction and friction fire. He has built many different types of shelters and lived in them for prolonged periods of time and sustained himself solely from the land.

Over the last few years Zach has started passing on his knowledge of nature and the outdoors with formal teaching of these tribal skills. He feels there is a strong connection to the earth when you strip away the comforts and ease of the modern world and learn to create them yourself in the wild. It has become a way of life for him.

You get the distinct impression that Zach is a man of professionalism, patience, and bearing. Rare qualities in any person, let alone in someone teaching you how to keep yourself alive in the bush. He’s the guy you want in your corner.